These are recently published books on Myanmar:

Myanmar's Transition: Openings, Obstacles and Opportunities edited by Nick Cheesman; M. Skidmore and T. Wilson. With the world watching closely, Myanmar began a process of political, administrative and institutional transition from 30 January 2011. The 2011 Myanmar/Burma update conference considered the openings offered by these political changes and media reforms and the potential opportunities for international assistance. Obstacles covered include impediments to the rule of law, the continuation of human rights abuses, the impunity of the Army, and the failure to end ethnic insurgency.

Politics of Silence: Myanmar's NGOs’ Ethnic, Religious and Political Agenda by Lois Desaine. This IRASEC study of NGOs in Myanmar is based on primary sources mainly, contacts and interviews in 2010 and 2011. Part 1 explores religious and ethnic dimensions of Myanmar NGOs including the emergence of an active Myanmar civil society and the 2008 impact of cyclone Nargis. Part 2 looks at the power and legitimacy of NGOs and their activities at higher, central and local levels. After two case studies in Kachin State, perceptions of the NGOs in the ongoing period of political transition are discussed. Their permanent presence on the Myanmar scene is affirmed. Bibliography.

Informal Trade and Underground Economy in Myanmar: Costs and Benefits by Winston Set Aung. This ground-breaking IRASEC study presents carefully researched perspectives on the sensitive subject of Myanmar's informal/illegal cross border trade and other movements of goods and people between the five adjacent countries. Case studies and interviews and other surveys of many of the parties involved form the basis of the Myanmar-centric study which focuses on the trade and population movements themselves and on the associated costs and benefits. Most of the research was done in cross-border areas involving China and Thailand and the migrant flows mainly from Myanmar to Thailand. Case studies and recommendations for action are included. With graphics, tables, black-and-white photographs and bibliography.

History of Myanmar since Ancient Times: Traditions and Transformations by Michael Aung-Thwin and Maitrii Aung-Thwin. The Republic of the Union of Myanmar, known amongst English speakers as Burma, is often characterised as a place of repressive military rule, civil war, censorship and corrupt elections - and despite recent attempts to promote tourism to this little-known country, few people visit this region of Asia. In A History of Myanmar since Ancient Times, Michael Aung-Thwin and Maitrii Aung-Thwin take us from the sacred stupas of the plains of Bagan to the grand, colonial-era British mansions, revealing the storied past and rich culture of this country. The book traces the traditions and transformations of Myanmar over nearly three millennia, from the relics of its Neolithic civilisation to the protests of Buddhist monks in the early 20th century, the colonial era of British rule and the republic that followed. The authors also consider the present-day life, culture and society of the largest country in mainland Southeast Asia and examine the 2010 elections - its first in over 20 years. The most comprehensive history of Myanmar ever published in the English language, this book makes a significant contribution to our understanding of Southeast Asian history and will surprise, challenge and inform in equal measure.

Abhaya: Burma's Fearlessness by James Mackay. The struggle for reform and democracy in Burma (Myanmar) continues. The now released Aung San Suu Kyi introduces this gallery of 244 photo portraits of Burmese former political prisoners, now scattered throughout the world, who show their support of 244 still-incarcerated prisoners whose names are inscribed on the palms of their raised right hands. The photo gallery is being exhibited in New York and Washington until 2013 by the Open Society Institute.

Posted by Select Books at 4:01 PM No comments:

Books on Porcelain and Ceramics

These are recent additions to our collection of titles on porcelain and ceramics:

Porcelain: Highlights of Auctioned Chinese Antiques by Fang Zhaoyuan. The five volumes in this series of books are on: Jade Ware, Porcelain, Bronze Ware, Chinese Classical Furniture and Bamboo Wood Ivory and Horn. Each volume consists of Overview and Plate, and generally introduces the culture of collection, together with investment trends for various antiques. The Plate section handpicks more than 150 antiques with the highest strike price and exquisite pattern from tens of thousands of competitive products auctioned over the last 10 years.

Chinese Art: A Guide to Motifs and Visual Imagery by Patricia Bjaaland Welch. A knowledge of the meaning or significance of figures and symbols depicted in artwork adds of course to the understanding of the beholder. China's artefacts over the ages have been rich in symbolism. This extensively illustrated and volume unlocks what the artist wants to convey by figures and symbols in artefacts in porcelain, textiles, carvings, paintings and sculpture. Separate chapters deal with: flowers and plants; fruits, vegetables and seeds; minerals; birds; real and imaginary creatures; children; single and grouped human figures; deities; religious symbolism; and inanimate objects. With 600 colour insets, addresses of collections, bibliography, and glossary/index.

Yasuhisa Kohyama: The Art of Ceramics by Susan Jefferies and Michael Cunningham. Yasuhisa Kohyama's masterly ceramics are inspired by the ancient Shigaraki, Jomon and Yayoi ceramics of Japan. Using the distinctive Shigaraki clay and a wood-firing anagama kiln, he has created modern ceramic vessels and sculpture, which are vigorous and new, but timeless in their beauty.

Inspired by Japan and China: The Egawa Collection of European Ceramics. This book showcases a collection of European ceramics donated by Mr. and Mrs. Toshio Egawa to the Asian Civilisation Museum. Produced mainly in the 18th century in English and European kilns, these wares reflect Japanese and Chinese influence. Gain insight into the development of ceramics production in the West and how its products were inspired by patterns and shapes of the Japanese and Chinese originals. Also discover the interactions between East Asia and Europe on ceramic art and the economic exchanges that set the stage for these cultural cross-currents.

Korean Buncheong Ceramics from the Leeum, Samsung Museum of Art by Lee Soyoung and Jeong Seung-Chang. Bold, sophisticated, engaging, and startlingly modern, Buncheong ceramics emerged as a distinct Korean art form in the 15th and 16th centuries, only to be eclipsed on its native ground for more than 400 years by the overwhelming demand for porcelain. Elements from the Buncheong idiom were later revived in Japan, where its spare yet sensual aesthetic was much admired and where descendants of Korean potters lived and worked. This innovative study features 60 masterpieces from the renowned Leeum, Samsung Museum of Art in Seoul, as well as objects from The Metropolitan Museum of Art, and presents current scholarship on Buncheong's history, manufacture, use, and overall significance. The book illustrates why this historical art form continues to resonate with Korean and Japanese ceramists working today and with contemporary viewers worldwide.
Posted by Select Books at 5:15 PM No comments:

Photos from the Meet-the-Author event with Lakshmi Narayan, author of Bonsai Kitten, on Tuesday, December 18, 2012. 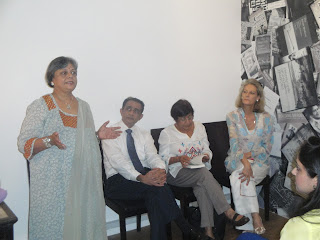 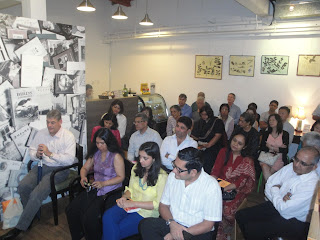 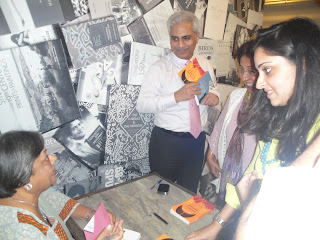 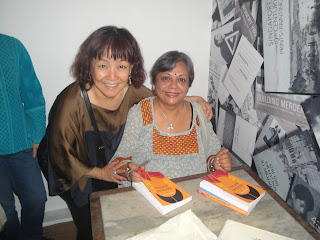 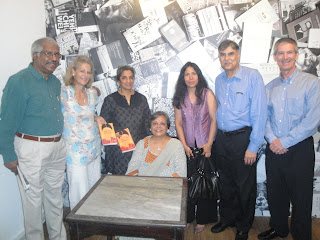 Posted by Select Books at 3:20 PM No comments:

Leadstart Publishing and Select Books are pleased to invite you to a Meet-the-Author event with Lakshmi Narayan, author of Bonsai Kitten, on Tuesday, December 18, 2012 at 7:00pm at Select Books.

About Lakshmi Narayan
Lakshmi Narayan began her career as a journalist with the Times of India group. She was editor of Flair and Eve’s Weekly, before relocating to Singapore, where she wrote extensively for international publications. Lakshmi now lives in Mumbai with her husband Arun and her two gorgeous rescued dogs – Donna and Tiger.

About Bonsai Kitten
I’m nothing but a bonsai kitten! thought Divya despairingly.

Bonsai kitten – a pervert’s contention that just as plants can be stunted, so can living beings. And wasn’t that the guiding principle behind procuring a suitable girl? Catch her young when she is malleable like playdough, so she can be twisted and mangled to your liking. This way, she knows her place and stays there. At the lowest stratum. But little does Divya suspect that the Cosmic Jester – that celestial imp who specializes in tripping up humans – has other plans for her. Plans that include a roller-coaster ride from Delhi to Mumbai to Singapore, with tears and laughter, betrayal and friendship, loss and rebirth, as her companions. And through it all, she would have to fence with that master puppeteer to reclaim her destiny. 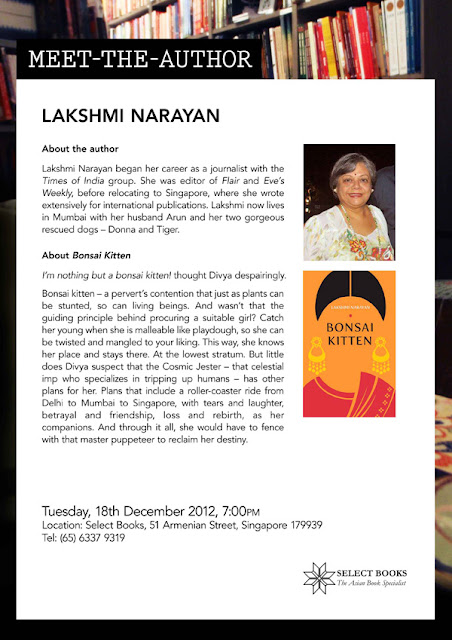 Photos from the Talk on Mistletoes, by Francis Lim, author of The Singapore Mistletoe Story: An Expose of a Botanical Marvel, on Saturday, December 8, 2012. 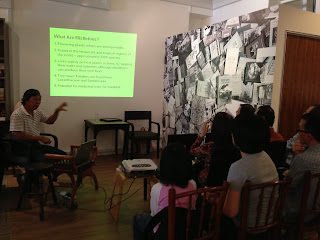 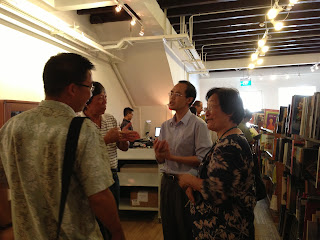 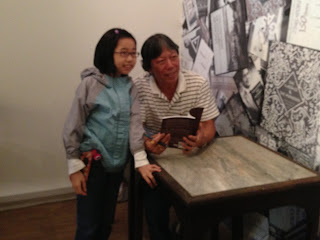 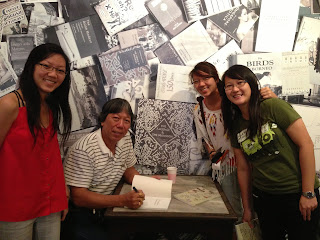 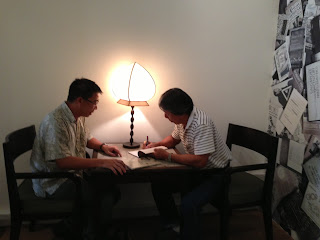 Posted by Select Books at 10:06 AM No comments:

Event: Meet-the-Author - Tim Hannigan, author of Raffles and the British Invasion of Java

Select Books is pleased to invite you to a Meet-the-Author event with Tim Hannigan, author of Raffles and the British Invasion of Java, on Saturday, December 15, 2012, at 5:00pm.

About Tim Hannigan
Tim Hannigan’s first journey in Indonesia – through the outer reaches of Nusa Tenggara at the height of the wet season a decade ago – was the start of an enduring fascination, and he soon returned to live and work in Java, first as a teacher, and then as a journalist and photographer.

The research for Raffles and the British Invasion of Java took him from the depths of the India Office Archives in the British Library in London to the byways of Yogyakarta, and saw him wrestle with reels of microfilm and with rough mountain roads between towering volcanoes.

Tim Hannigan divides his time between his native Cornwall and Indonesia. He writes regularly on travel, history and culture, and takes photos for, various newspapers and magazines in Asia including the Jakarta Post, the Jakarta Globe and Asian Geographic Magazine.

His first book, Murder in the Hindu Kush: George Hayward and the Great Game, a biography of a mysterious and ill-fated Victorian explorer was published in 2011 and was shortlisted for the Boardman Tasker Prize for Mountain Literature.

About Raffles and the British Invasion of Java
On a hot August afternoon in 1811 an army of 10,000 British redcoats splashed ashore through the tropical shallows off Batavia to conquer the Dutch colony of Java.  They would remain there for five turbulent years.

Told in full for the first time, this is the gripping story of how the British attempted to bring the full force of European colonialism to a tropical island where Muslim sultans claimed descent from Hindu gods.  It is also the story of the man who presided over that attempt – Thomas Stamford Raffles, destined for future fame as the founder of Singapore.

Drawing on both British and Javanese archive sources, this book explores the bloody battles and furious controversies that marked British rule in Java, and reveals Raffles – long celebrated as a liberal hero – in a shocking new light, showing how he crushed dissent, looted palaces, and incited massacres to further his own insatiable ambitions. 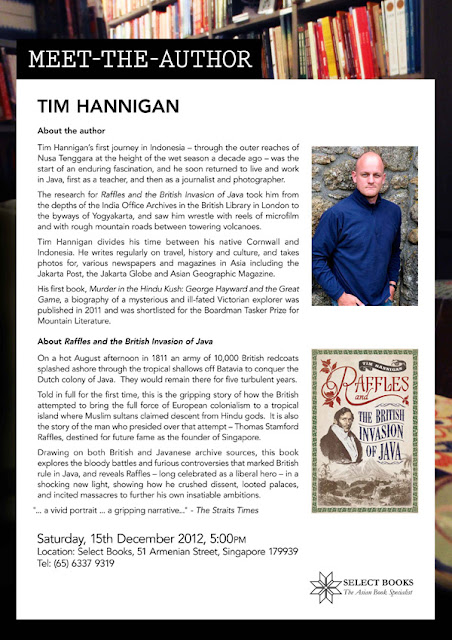 Posted by Select Books at 5:37 PM No comments:

Photos from the book launch of Volcanoes of Indonesia: Creators and Destroyers, published by EDM Books, on Friday, November 30, 2012 at 7:00pm at Select Books. 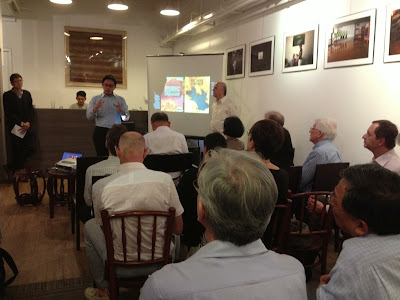 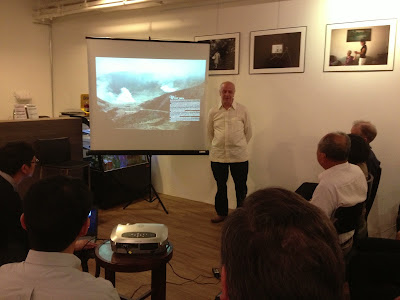 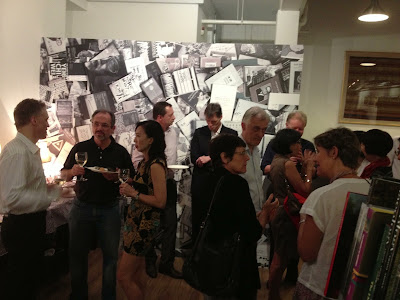 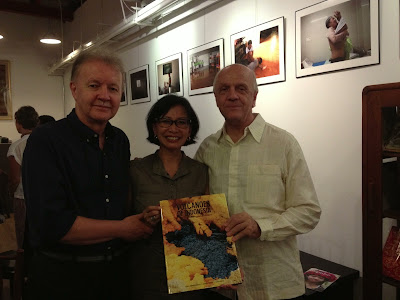 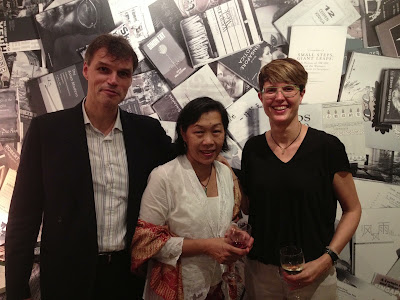 Posted by Select Books at 11:48 AM No comments: